Your Connection to World Heritage.
Join Us
Donate

October 15, 2021
US/ICOMOS is hiring several positions to assist with our two-year Monuments Removal, Relocation and Reinterpretation Toolkit project. Please click on the links below to learn about the positions and how to apply: Monuments Toolkit Program Director: US/ICOMOS seeks a full-time (40 hours/week) Program Director for a two-year appointment to manage the… 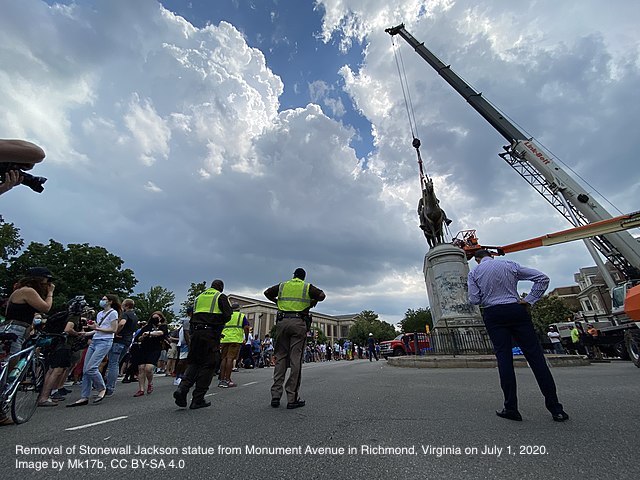 Responding to Challenges Across the Greater Yellowstone Ecosystem

The Greater Yellowstone Ecosystem (GYE) is unique in having 15 million acres of federal lands that are geographically contiguous, ecologically interdependent and unalterably linked. This acreage is managed by four federal agencies the National Park Service, US Forest Service, the US Fish and Wildlife Service and the Bureau of Land Management. This webinar showcases the challenges the National Park Service encounters in land management and its strategy to integrate key resource issues across boundaries and through partnerships.

Superintendent Cam Sholly will moderate the webinar and provide an overview of the challenges facing the park. Senior Wildlife Biologist Doug Smith will share conservation success stories including the wolf reintroduction and protecting grizzly bears and cougars in Yellowstone. Superintendent Sholly will also discuss the impacts of climate change and increased visitation and how the park is preparing to mark its 150th anniversary in 2022.

Athline M. Clark, NOAA Superintendent Papahānaumokuākea Marine National Monument, Office of National Marine Sanctuaries
Athline Clark is the National Oceanic and Atmospheric Administration’s (NOAA) Superintendent for the Papahānaumokuākea Marine National Monument. Prior to joining NOAA in 2015, Athline worked for a few years with the U.S. Army Corps of Engineers as a Project Manager overseeing national priority projects in ecosystem restoration, watershed planning and flood reduction. Athline also previously worked for the Hawaii Division of Aquatic Resources, first as the Point of Contact for the U.S. Coral Reef Task Force and later as the State Co-Manager for Papahānaumokuākea. During her time as Co-Manager, she led the team as the overall coordinator for the development of the United States of America’s successful nomination of Papahānaumokuākea Marine National Monument as a UNESCO World Heritage mixed site. Athline has her Masters in Urban and Regional Planning from the University of Hawaii at Manoa. She was born and raised in Hawaii.

This is a presentation and discussion about the impacts of the US/ICOMOS International Exchange Program (IEP). Three alumni, each from a different decade of the IEP, talk about their experiences and how the program made a difference in their professional and personal lives. The webinar was moderated by Brian Lione, the outgoing chair of the IEP Committee, who shares some of his own experiences and leads a conversation about the future of the IEP. Speakers include Cari L. Goetcheus of the University of Georgia and Dr. Trinidad Rico of Rutgers University. Ilaria Rosetti, a PhD Candidate in Heritage Studies at the University of Antwerp, also presents.

The U.S. National Committee of the International Council on Monuments and Sites (US/ICOMOS) promotes the conservation of world heritage and stronger connections to the global heritage community through advocacy, education, and the international exchange of people and ideas.

We're excited to announce that Interior Secretary Deb Haaland is the Keynote speaker on Day 1 (28 October) of our 2021 Virtual International Symposium. Make plans now to join us next week: usicomos.org/symposium/ ... See MoreSee Less

In the last two weeks, #IEP2021 intern, Estefanía Barreto has helped ICOMOS Georgia with creating measured drawings of a rare traditional Georgia fireplace in the Kondakhsazovi House. This week, she will also help with the limewash application at the house. She also visited other ICOMOS Georgia projects, such as Gudiashvili Square, which not only includes restorations but an archeological site. During her time off, she took a weekend trip to soak in the sun at Batumi on the Black Sea coast and went on a day trip with other ICOMOS Georgia members. They went to the Jvari Monastery in Mskheta, a UNESCO #WorldHeritageSite, and then they went on to visit the ancient cave settlement of Uplitsikhe, just outside Gori. ... See MoreSee Less

In December 1848, married couple William and Ellen Craft devised a plan to escape slavery. Ellen, who had very light skin, disguised herself as a sickly white male slaveholder who was traveling north for medical treatment. William portrayed the individual whom Ellen enslaved. After combining their assets, they travelled by railroad for four days from Macon, Georgia to Philadelphia, Pennsylvania. They eventually settled in Boston, Massachusetts. Under threat of being returned to slavery under the 1850 Fugitive Slave Law, they decided to flee again. They traveled over 1,000 miles to their freedom in England.

In 1860, they published an account of their escape entitled "Running a Thousand Miles for Freedom."