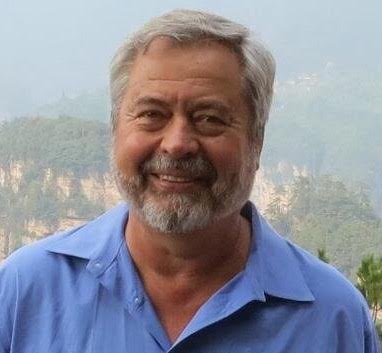 The year behind us, 2020, is one that presented challenges unlike those anyone alive today can recall, for US/ICOMOS and for the world. But it is at moments like this that we are forced to confront the issues that have brought us to this point of international and intercultural fragmentation, discord, and conflict.

It was in fact at a moment such as this, at the end of World War II that the United Nations was formed. The 46 countries that gathered in San Francisco signed a charter with this preamble:

WE THE PEOPLES OF THE UNITED NATIONS DETERMINED

Most or the people alive today have forgotten the terrible lessons learned from those world wars that arose from a perfect storm of economic inequality and racial intolerance. We find ourselves again in a whirl of conspiracy theories that portray “others” as contriving threats, convincing many to rally behind those who attempt to project strength and the ability to bring back an imaginary golden age by making vile accusations.

It has become clear to us at US/ICOMOS that we share a moral responsibility to restore international and intercultural understanding. We deal in heritage. What does heritage have to do with it?

Heritage is what we take from what happened in the past, and heritage determines what happens in the future because it is what builds our communities and our identities. Heritage is the foundation: what we grow out of, who we are, and who we will be.

How we present the past charts the course for the future. We deny the future for those we leave out. When we ignore the links that have joined countries and cultures together, we break those links. We live today with the consequences; a world that increasingly demonizes differences instead of understanding and appreciating them; therefore, we become more frightened of each other as technology brings us closer together. We fight, and point fingers, and build walls instead of working together to find solutions that must involve all of us to succeed. Our failure to deal effectively with the COVID-19 crisis is only one result of this. ICOMOS and US/ICOMOS celebrate the differences in human groups instead of claiming superiority for some over others.

US/ICOMOS has adapted to the realities of the world today with new programs and new forms of outreach, holding a series of webinars on diverse subjects including Confederate Monuments and the nomination of Civil Rights Sites in the U.S. for inscription on the World Heritage List. Our recent US/ICOMOS International Conference and Symposium had as its theme U.S. World Heritage and Social Justice in the 21st Century. We examined how heritage can be used to advance social justice for African Americans and indigenous heritage groups, of which many in the U.S. are Native American. Participants have included representatives of these groups as well as scholars and activists from around the world who described how they are dealing with similar issues in the countries they call home.

What does international and intercultural understanding have to do with climate change and the 2030 Sustainable Development Goals?

Did you know that many of the most prominent World Heritage Sites in the United States were inscribed as natural sites, including Grand Canyon, Yosemite, and Glacier? This has served to conceal the fact that these places were Native American homelands. Grand Canyon is sacred to many Native Americans as are the plants and animals there. To remove them or introduce new species is sacrilege, an idea consistent with sound ecological principles. And today, much of the West is burning because a host of decision-makers forged ahead without heeding Native American land management practices.

You can find more about our recent programs and activities on our website. Please also subscribe to our newsletter, if you don’t already do so: https://usicomos.org/subscribe/