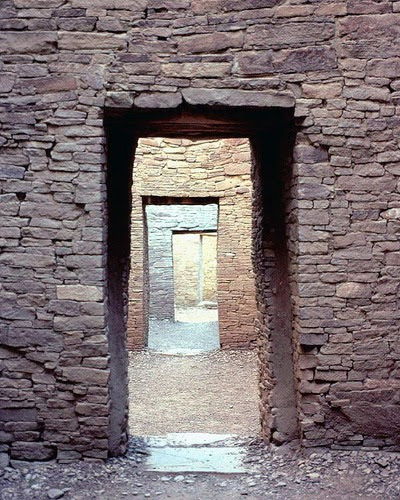 CHACO CULTURE:  The many local, national and international comments and protests to proposed leasing of lands near Chaco Culture National Historical Park and World Heritage Site, have resulted in the U.S. Bureau of Land Management announcing that a 10-mile zone of federal land around Chaco Culture National Historical Park will be excluded from energy leases until the end of 2020.

This is a brief reprieve. The Albuquerque Journal reported that U.S. Interior Secretary David Bernhardt stated that it’s up to Congress to make the buffer zone permanent. Unless there is movement in Congress or a change in administration, it is very likely that leasing will begin next year and the Chaco Culture World Heritage Site and sacred historic landscape will continue to be at risk. You can read comments submitted by several conservation and tribal organizations, including US/ICOMOS, here.

PROPOSED LEASING NEAR CARLSBAD CAVERNS:  The Bureau of Land Management is preparing to lease more federal public land to the oil and gas industry in southeast New Mexico and is seeking public input now for an auction in April of 2021. This leasing has been protested due to it proximity to Carlsbad Caverns, a natural World Heritage Site that comprises over 80 recognized caves in a fragile karst landscape. The caves are outstanding for their size and the profusion, diversity and beauty of their mineral formations which continue to form today.

The Coalition to Protect National Parks wrote a letter to Secretary Bernhardt calling for a halt on any new lease sales during the pandemic. The letter notes that “An upcoming lease sale within 10 miles of Carlsbad Caverns National Park in New Mexico will not only jeopardize critical species habitat, it will endanger the irreplaceable natural and cultural resources at the park. Caves have a fragile ecosystem. Oil and gas drilling on nearby lands could leak gas or fluids into the cave’s passages, destroying the delicate balance that exists within the walls of the cave. In addition, oil and gas development could compromise the dark skies and scenic beauty that draws so many visitors to New Mexico.”

If you would like to provide input on potential impacts of the sale on the Carlsbad Caverns World Heritage Site, please contact Secretary Bernhardt online or write to him at:
The Honorable David Bernhardt
Secretary
U.S. Department of the Interior
1849 C St. NW Washington, DC 20240