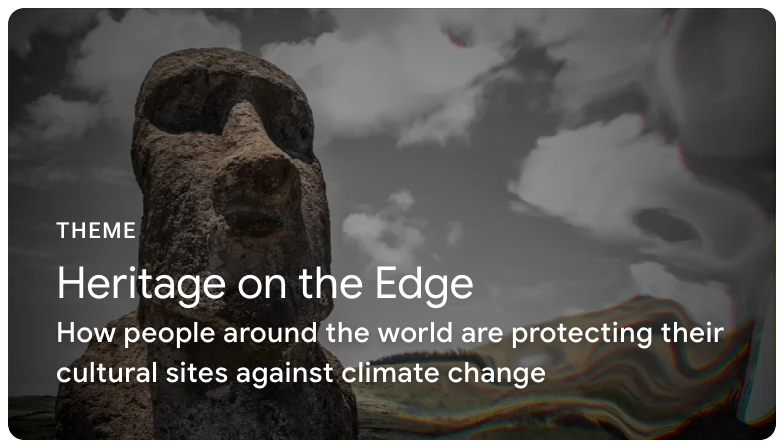 “Heritage on the Edge” features more than 50 online exhibitions and interviews, two augmented reality “pocket galleries” and 25 detailed 3D models have been produced. The data was was captured by CyArk through aerial and terrestrial photogrammetry, laser scanning and videography. CyArk is a non-profit organization founded to digitally record, archive and share cultural heritage and an Institutional member of US/ICOMOS.