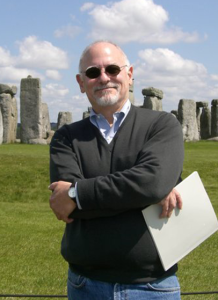 Neil A. Silberman is an author and heritage interpretation professional with a special interest in the politics and impact of heritage on contemporary society. He served for a decade as president of the ICOMOS International Scientific Committee on Interpretation and Presentation (ICIP) and as a member of the ICOMOS International Advisory Committee and Scientific Council. He served on the program committee of the last three ICOMOS General Assembly symposia and has also served as an ex-officio member of the US/ICOMOS board.

He is currently a managing partner of Coherit Associates, specializing in capacity building and participatory public heritage programs. His books and edited volumes on Heritage, Archaeology, and their impact on contemporary society include: The Oxford Companion to Archaeology (2012); The Future of Heritage (2008); Who Owns the Past? (2007); Memory and Identity (2007); Heritage, New Technologies, and Local Development (2006); Archaeology and Society in the 21st Century (2001); The Bible Unearthed (2001); Invisible America (1995); Between Past and Present (1989); and Digging for God and Country (1982).

From 2004 to 2007, he served as director of the Ename Center for Public Archaeology and Heritage Presentation in Belgium. In 2008, he joined the faculty of the Department of Anthropology of the University of Massachusetts Amherst and became one of the founders of its Center for Heritage and Society. He also served as co-editor of its journal Heritage & Society (2008-2014) and is currently a member of the editorial boards of the International Journal of Cultural Property and the Journal of Eastern Mediterranean Archaeology and Heritage Studies.

He is honored by the decision of the US/ICOMOS board to name him as a Fellow and cherishes all the great and lasting friendships he has made within the ICOMOS community over the years. He would also like to thank Gustavo Araoz for suggesting—a long time ago—that the Ename Charter might be a good idea.