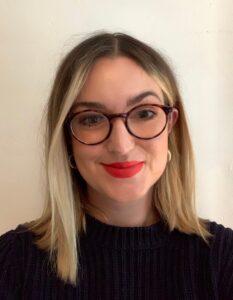 Dr. Rebecca Senior is a Henry Moore Foundation Postdoctoral Fellow at the University of Nottingham. Her research focuses on art histories of monuments and how historical commemorative art was designed to express collective British identity in the eighteenth and nineteenth centuries. Currently, she is working on a research project that explores the various manifestations of allegorical sculpture on monuments erected in honor of Britain’s imperial campaigns, with a specific focus on how allegory occupied a unique space as a sanitizer of violence in visual culture.

Visual Cultures of British Imperial Monuments
Current debates around the relocation, removal, and destruction of monuments have drawn unprecedented attention to historical sculpture as a marker of imperial and colonial violence in the UK. This short paper provides an overview of recent debates and explores the imagery that appeared on eighteenth and nineteenth-century imperial monuments. Focusing on how monuments “worked” as visual obituaries, it examines how sculptors drew from visual culture to obfuscate the crimes of the deceased, and provides an art-historical perspective on how monuments operated collectively as a public art form during this period.

Beatriz Gomes Dias (Dakar, 1971) is a Portuguese black woman, anti-racist activist, Member of the Left Bloc in the Portuguese Parliament and Biology teacher in high school. She is the founder of Djass – Associação de Afrodescendentes, a non-profit organization created in 2016 with the objective of fighting racism and defending the rights of people of African descent. In 2017, Djass proposed the creation of a Memorial to Homage to Slave People. Her main interests are the decolonization of the processes of production and reproduction of knowledge and culture, as well as the construction of a counter-narrative on History and Memory.

MEMORIAL OF HOMAGE TO ENSLAVED PEOPLE: BUILDING A HISTORICAL COUNTER-MEMORY
The communication will address the proposal for the creation in Lisbon of a memorial to those enslaved by the Portuguese colonial empire as an expression of a counter-memory mobilized by Portuguese Afro-descendants, which confronts hegemonic narratives about the country’s history and questions the foundations of its national identity. In Portugal, there is an unwavering devotion to a glorious past that does not admit contradictions. In this unique narrative, the enslavement of Africans is a blatant absence or, at best, a collateral damage relegated to the footnotes of the History of Portugal. The creation of a Memorial of homage to enslaved people was proposed by Djass – Association of Afrodescendants, as a way of combating the monopoly of memory that has silenced the history of so many people, but also of recovering the history of black people in Portugal.

Castriota is an Architect and urban planner with a PhD in Philosophy. He is a Distinguished Professor at the Universidade Federal de Minas Gerais, Senior Researcher at the Brazilian National Council for Scientific and Technological Development (CNPq), Trustee of the Brazilian National Institute of Historic and Artistic Heritage / IPHAN and member of the Board of the Brazilian Institute of Architects (IAB). Former
Guest Scholar at the Getty Conservation Institute. He has served as President of ICOMOS/BRAZIL since 2015 and Vice-President of ICOMOS Internacional since 2017.

Monuments associated with oppression- a Latin American perspectiveI
In this presentation we will discuss some ideas that seem important to us to understand the current controversy concerning monuments, especially some derived from the work “Der moderne Denkmalkultus” by Alois Riegl. Taking these ideas as a starting point, we will address this controversy from the perspective of Latin America, showing how in this continent it relates both to the socio-political crisis of the region, as well as to ethnic and religious factors. 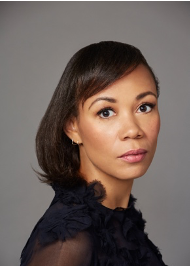 Kali Holloway is Senior Director of the Make it Right Project, a national initiative dedicated to taking down Confederate monuments and telling the truth about history. She is also a monthly columnist for The Nation, and a frequent contributor to The Daily Beast. Her writings have also appeared in The Guardian, Salon, TIME, Huffington Post, The National Memo and numerous other outlets