Moderated by the Hon. William A. Bell, Former Mayor of Birmingham, Alabama 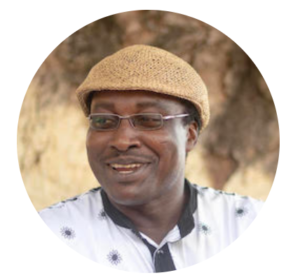 Wazi Apoh is Associate Professor at the Department of Archaeology and Heritage Studies, University of Ghana. He holds a BA Degree and MPhil Degree in archaeology from the University of Ghana and a Doctor of Philosophy Degree in archaeological anthropology from Binghamton University, USA. He specializes in the archaeology of slavery, colonization and restitution debates. Apoh’s co-edited books include ‘Current Perspectives on Archaeology of Ghana,’ and ‘Germany and Its West African Colonies: “Excavations” of German Colonialism in Post-Colonial Times.’ His current book is ‘Revelations of Domination and Resilience: Discovering the Buried Past of Akpinis, Akans, Germans and British at Kpando, Ghana.’

‘THE SLAVE TRADE PASSED THROUGH OUR PALACES’: REFLECTIONS BEYOND THE FORTS AND CASTLES OF GHANA
New revelations will never cease to surface about the trade in enslaved people, their routes and dungeons of captivity. As I explored the relics and sites of enslavement at the Three Town areas of southeastern Ghana recently, one of the elders intimated to me that; ‘the slave trade passed through our palaces as well as our markets before they were sent to the Keta Fort.’ In this paper I will reflect on this profound statement to revisit the taken for granted routes of enslavement. These so called unorthodox routes and transit points through local palaces of chiefs, kings and queens (locally called Afegame and Agbome in the Ewe language) were used in processing and selecting captives before being sent to local markets (locally called Adzido). These are where the trading exchanges were made before the captives were sent to the dungeons of Fort Prinzenstein nearby or to the numerous forts and castles of Ghana. I will argue that such enslaved monumental sites have been serially inscribed as World Heritage Sites. 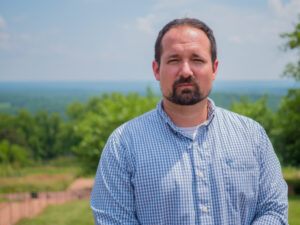 Brandon Dillard is Manager of Historic Interpretation at Thomas Jefferson’s Monticello, a plantation site and Presidential historic house museum in Virginia where he’s worked since 2010. Brandon holds degrees from Georgia State University and the University of Virginia; his graduate work focused on contested memory and power at historic sites, museums, and monuments. During his time at Monticello, Brandon has led and stewarded programs for people from all over the world, affording him a unique opportunity to invite others to consider history and memory by deconstructing narratives that perpetuate harmful power dynamics and by confronting challenging and painful histories.

Bringing History Forward: Interpreting Legacies at Monticello
Helping visitors understand both plantation slavery and its lasting impact on race and racism in the United States is paramount to the mission at Monticello, but many Americans are still uncomfortable confronting race and slavery. Brandon will briefly cover how interpretation has changed over time, and how negotiating history and nostalgia helps challenge visitors and staff to recognize the ways in which privilege and bias inform historical narratives.

Social Memory and Generational Transition; Robben Island World Heritage Site, South Africa
Robben Island is infamously known for its role as a Maximum Security Prison where over 3,500 former Political Prisoners in South Africa were incarcerated for fighting against apartheid, a racially motivated governance system segregating blacks and whites, with the latter having an upper hand on the former. The individual and collective experiences of these former Political Prisoners under apartheid and in the post-apartheid era have shaped discourse on liberation heritage, memorialization approaches, debates on issues of social memory and how to make the site relevant to the generational transition of the society in South Africa and Worldwide. These discussions build on the social memory of Robben Island and its interpretation to strategically position such sites in the today, where there are so many other ‘forms of apartheid’ requiring adaptive solutions, which equally affect management of such sites. The future of Robben Island is a function of its relevance in the yesterday, today and tomorrow.