A conversation between two long-time leaders who have spent their careers engaged in promoting social justice in cultural heritage, the National Parks, and society as a whole. 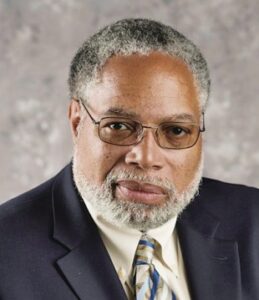 Lonnie G. Bunch III is the 14th Secretary of the Smithsonian. He assumed his position June 16, 2019. As Secretary, he oversees 19 museums, 21 libraries, the National Zoo, numerous research centers, and several education units and centers.

Previously, Bunch was the director of the Smithsonian’s National Museum of African American History and Culture. When he started as director in July 2005, he had one staff member, no collections, no funding and no site for a museum. Driven by optimism, determination and a commitment to build “a place that would make America better,” Bunch transformed a vision into a bold reality. The museum has welcomed more than 6 million visitors since it opened in September 2016 and compiled a collection of 40,000 objects that are housed in the first “green building” on the National Mall.

Occupying a prominent location next to the Washington Monument, the nearly 400,000-square-foot National Museum of African American History and Culture is the nation’s largest and most comprehensive cultural destination devoted exclusively to exploring, documenting and showcasing the African American story and its impact on American and world history.

Before his appointment as director of the museum, Bunch served as the president of the Chicago Historical Society (2001–2005). There, he led a successful capital campaign to transform the Historical Society in celebration of its 150th anniversary, managed an institutional reorganization, initiated an unprecedented outreach initiative to diverse communities and launched a much-lauded exhibition and program on teenage life titled “Teen Chicago.”

A widely published author, Bunch has written on topics ranging from the black military experience, the American presidency and all-black towns in the American West to diversity in museum management and the impact of funding and politics on American museums. His most recent book, A Fool’s Errand: Creating the National Museum of African American History and Culture in the Age of Bush, Obama, and Trump, which chronicles the making of the museum that would become one of the most popular destinations in Washington.

Bunch has worked at the Smithsonian in the past, holding several positions at its National Museum of American History from 1989 through 2000. As the museum’s associate director for curatorial affairs for six years (1994–2000), he oversaw the curatorial and collections management staff and led the team that developed a major permanent exhibition on the American presidency. He also developed “Smithsonian’s America” for the American Festival Japan 1994; this exhibition, which was presented in Japan, explored the history, culture and diversity of the United States.

Bunch served as the curator of history and program manager for the California African American Museum in Los Angeles from 1983 to 1989. While there, he organized several award-winning exhibitions, including “The Black Olympians, 1904–1950” and “Black Angelenos: The Afro-American in Los Angeles, 1850–1950.” He also produced several historical documentaries for public television.

Among his many awards, he was appointed by President George W. Bush to the Committee for the Preservation of the White House in 2002 and reappointed by President Barack Obama in 2010. In 2019, he was awarded the Freedom Medal, one of the Four Freedom Awards from the Roosevelt Institute, for his contribution to American culture as a historian and storyteller; the W.E.B. Du Bois Medal from the Hutchins Center at Harvard University; and the National Equal Justice Award from the NAACP’s Legal Defense Fund.

Bunch received his undergraduate and graduate degrees from the American University in Washington, D.C. 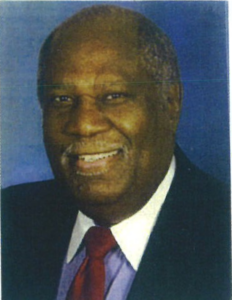 Robert G. Stanton, former Senior Advisor to the Secretary of the U.S. Department of the Interior (DOI) and former Director of the National Park Service (NPS), is a consultant and lecturer in natural and cultural resource preservation, park management, and diversity. Appointed by President Barack Obama in 2014, he also is a former Expert Member of the Advisory Council on Historic Preservation (AÇHP), having recently completed his service in October of 2020. An independent federal agency, the ACHP promotes the educational, economic, and cultural values of historic preservation and advises the President and Congress on national historic preservation policy.

As Senior Advisor to the Interior Secretary from 2010-2014, Mr. Stanton served as a key analyst and provided executive level advice and support to the Secretary on a wide range of environmental, educational, organizational and management challenges and opportunities, and worked closely with the bureaus and offices in advancing the Secretary’s and the President’s goals for DOI. He also represented the Secretary on Presidential Policy Review Committees, Boards, and Commissions. From 2009-2010, Mr. Stanton was the Deputy Assistant Secretary for Policy and Program Management.

Following his 35-year career with the NPS and prior to returning to federal service in 2009, he served as an Executive Professor at Texas A&M University; Visiting Professor at Howard University; Professor of the Practice at Yale University, and as a board member and consultant to a number of national conservation organizations. From 2001-2003, he served as the International Union for Conservation and Nature Ambassador for the Fifth World Parks Congress which took place in 2003 in Durban, South Africa.

An experienced public administrator, Mr. Stanton was nominated by President Bill Clinton and was unanimously confirmed in 1997 as the 15th Director of the NPS and served as the Director until the end of the Clinton Administration. He was the first Director to undergo confirmation hearings before the U.S. Senate. Beginning with his appointment by Interior Secretary Stewart Lee Udall in 1962 as a seasonal park ranger at Grand Teton National Park in Wyoming, Mr. Stanton has dedicated his life work to improving the preservation and management of the nation’s rich and diverse natural and cultural resources. He worked consistently to increase youth participation in conservation programs and diversity in the workforce and public programs. He supported the establishment of new parks and programs that recognized the struggles, courage, leadership, and contributions of women and minorities in the development and collective history of the United States. He has held key management and executive positions including Park Superintendent, Deputy Regional Director, Regional Director, and in the National Office, Assistant Director, Associate Director, and Director.

As Director of the NPS, Mr. Stanton had policy, planning, and management responsibility for the National Park System’s 384 natural, cultural, and recreational areas and partnerships with governmental and non-governmental organizations. The 83 million acre National Park System attracted 228 million visitors each year. He managed a workforce of 20,000 permanent, temporary, and seasonal employees and an annual budget of $2.3 billion.

Mr. Stanton’s bipartisan and inclusive approach to problem solving and cooperative resource stewardship earned him respect and admiration, enabling him to build effective relations with Congress; federal, tribal, state, and local agencies; diverse organizations, leaders; and citizens. Under his leadership and through the work of an outstanding staff, volunteers, and wide range of partners, the NPS budget increased by 28 percent, and major park preservation and visitor service programs were inaugurated. Major legislative initiatives were enacted throughout his tenure, including the authorization of 11 new park areas, six National Heritage Areas, and the Underground Railroad Network to Freedom and Special Resource Studies for 22 possible new areas to the National Park System.

Cited in a wide range of news media, professional, and technical publications and a frequent public speaker, Mr. Stanton has participated in major national and international conferences. He is a co-founder of the World Protected Areas Leadership Forum, and he is active in professional and civic affairs serving on boards of number of cultural resources and heritage organizations, Mr. Stanton has been nationally recognized through awards for outstanding public service and leadership in conservation, historic preservation, youth programs, public and government relations, and diversity in employment and public programs. Two awards and one joint award have been established in his name.

Mr. Stanton earned a Bachelor of Science degree from Huston-Tillotson University and did his graduate work at Boston University. He has been awarded five honorary doctorate degrees. A native of Ft. Worth, Texas, Mr. Stanton grew up in Mosier Valley during the era of “separate but equal.” Mosier Valley is one of the oldest communities in Texas founded by African Americans shortly after the U.S. Civil War. He and his wife Janet make their home in Fairfax Station, Virginia.