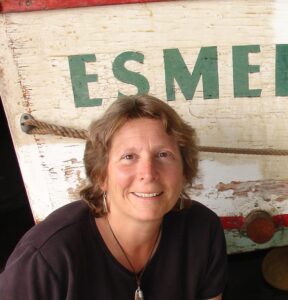 Jan began her work at Grand Canyon National Park as a volunteer in 1981, becoming a seasonal employee in 1982, and serving as Park Archaeologist from May of 1984 until May of 1995. She then moved into the position of Chief of Cultural Resources until 2007, when she became the Deputy Chief of Science and Resource Management. In 2016, Jan became the senior adviser to the Superintendent of the Park, continuing her work on high profile stewardship issues and tribal programs. Jan has recently accepted the lead position for Communications, Partnerships and External Affairs at Grand Canyon. Jan received her Bachelor’s in anthropology from SUNY at Buffalo and her Master’s in anthropology from Arizona State University.

Grand Canyon as Tribal Homelands: Challenges and Opportunities
This presentation will provide a review of the current opportunities and challenges faced at Grand Canyon National Park working with neighboring tribal communities and World Heritage conservation needs. We will discuss on-going initiatives and future opportunities that could be created through innovative programming. 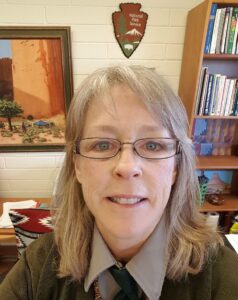 Lyn Carranza has worked for the US National Park Service for 31 years. She started her career as a seasonal employee and moved up through the ranks via Interpretation and Resource Management. She has been the group superintendent for the Southern Four Corners Group (Canyon de Chelly National Monument, Navajo National Monument, and Hubbell Trading Post National Historic Site) for 7 years. Canyon de Chelly has presented unique challenges and has been a highlight in her career.

Uluru-Kata Tjuta-A visit by a US NPS Superintendent to study Joint Management
Canyon de Chelly National Monument has never had a General Management Plan. It is unique in the National Park Service in that the land is not NPS land but remains in trust for the Navajo People. As such, there is a community of people living in and practicing agriculture in the canyon. Joint Management is a necessity as the Navajo Nation, National Park Service and Bureau of Indian Affairs all have responsibilities within the park boundaries. In 2018 a grant opportunity became available for USNPS superintendents to study parks in other countries. Uluru-Kata Tjuta National Park in central Australia had many similarities to Canyon de Chelly National Monument in that there was a living community within the park and the lands were owned by Aboriginal people. They had already achieved successful joint management. The grant was received and study ensued. In presenting how joint management was accomplished in Australia, the Navajo people expressed a lot of enthusiasm in renewing efforts for a Joint Management Plan.