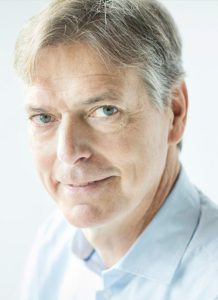 aster’s program in Historic Preservation. After receiving his M.Sc. in H.P. from Columbia he worked as a carpenter at the Metropolitan Museum of Art in New York reconstructing the Frank Lloyd Wright Room and the Greek Revival and Rococo Parlors. He next attended M.I.T. in Cambridge, MA, where he received his M.Arch degree that included study at the Danish Royal Academy of Architecture in Copenhagen. Since then, Gunny has gone on to have a very distinguished career as one of the country’s leading preservation architects; first with a large A/E firm called McClier (that became part of AECOM) and for the last ten years at his own small firm, Harboe Architects. Throughout all that time he has been involved with US/ICOMOS. He attended his first ICOMOS General Assembly in 1996 in Sofia, Bulgaria where he presented a paper about his award winning restorations of the Rookery Building and Reliance Buildings called; “The Issue of Authenticity in Restoring 19th Century Landmark Office Buildings”. Soon after, in 1998, he completed the International Course on Conservation of Architectural Heritage and Historic Structures at ICCROM in Rome, Italy.

Gunny has been the preservation architect for many iconic modern masterpieces including: Mies van der Rohe’s S.R. Crown Hall, Carr Chapel, and 860-880 Lake Shore Drive Apartments; Frank Lloyd Wright’s Robie House, Unity Temple, and Taliesin West, and Louis Sullivan’s Carson Pirie Scott & Co. Store. It is his interest and expertise in modern architecture that lead him in 2005 to become a founding member of the ICOMOS International Scientific Committee on 20th Century Heritage (ISC20C) where he currently serves as a Vice President and heads up the Heritage Alerts program.

His projects have received dozens of awards, and he was named a “2001 Young Architect” by the National AIA, “Chicagoan of the Year” by Chicago Magazine in 2010 and he just received the 2015 Award for Excellence in Heritage Conservation from the Society of Architectural Historians. In addition to his ICOMOS activities, he is very active with several other heritage organizations such as DOCOMOMO_US where he was a founding member in 1995 and still serves on the board, and the Frank Lloyd Wright Building Conservancy where he has been a board member since 2012. His past professional activities include serving as a Regional Director of AIA National, and President of AIA Chicago. He is an Adjunct Professor at the Illinois Institute of Technology and has lectured extensively all over the world about his work and the importance of conserving our collective cultural heritage.