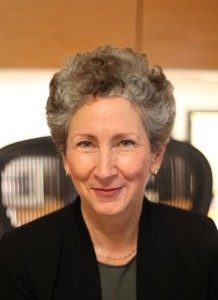 Ellen Delage has dedicated her career to the fields of historic preservation and architecture.  For 18 years, she worked for ICOMOS, furthering its mission at both the International Secretariat in Paris and in the U.S. Committee’s office’s in Washington, DC.

In 1985, she moved to US/ICOMOS which was preparing to host the VIII ICOMOS General Assembly in Washington in 1987.   As Director of Programs at US/ICOMOS, Ellen managed the  3-year Historic Preservation and Natural Resource Conservation project in Central Region, Ghana from 1998 to 2000. An illustrious group of US/ICOMOS member contributed to this project over the years, including Russell Keune (who managed the first phase of this USAID sub-contract), Gina Haney, James Reap, Patricia O’Donnell and Doug Comer. The Consolidation Phase resulted in the passage of the first municipal preservation legislation in West Africa, the introduction of GIS-based town planning in Central Region, documentation of the historic center of Cape Coast by architecture students, and a home-owner grants program.

During her 13-year tenure, Ellen also expanded the nascent US/ICOMOS International Intern Program, originally involving only the G5 countries, to include more than 50 countries worldwide, which allowed more than 500 young preservation professionals to complete internships outside their own country.

In 2010, she began work at the U.S. Department of State, Bureau of South and Central Asian Affairs, Office of Press and Public Diplomacy, as Financial and Program Manager for Afghanistan and Pakistan.

Ellen spent an undergraduate year at the Ecole du Louvre in Paris and holds a master’s degree in history of architecture from the Institute of Fine Arts, New York University.