What Gets Measured Gets Done: Developing the SDG Heritage Target Indicator 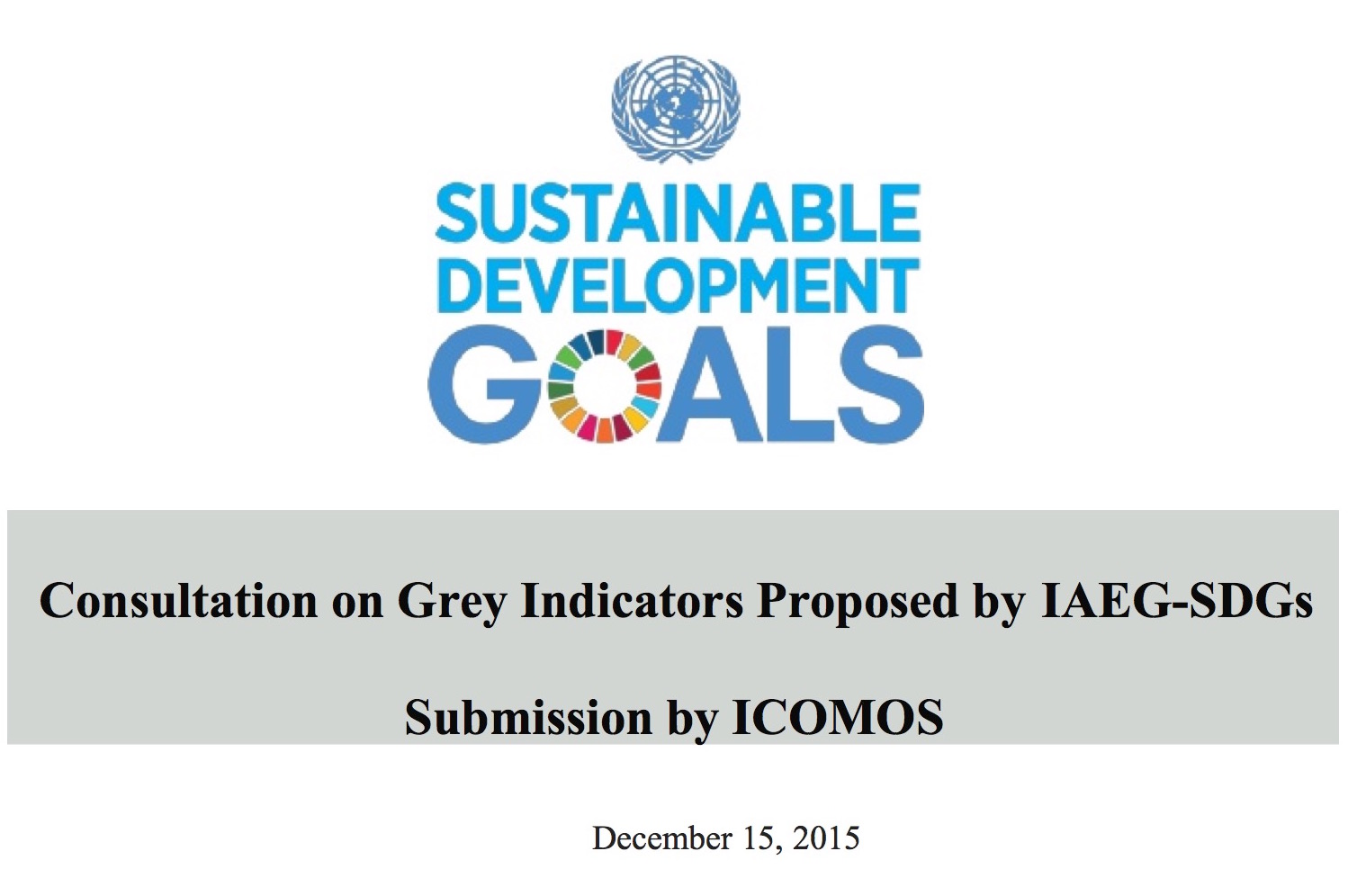 In September when the UN General Assembly adopted the new SDGs, which include as part of the Urban Goal, a target on safeguarding of cultural and natural heritage. You can read more about that here.  Since then, the key goal of ICOMOS as it regards the Post-2015 Development Agenda has been to secure a strong, primary metric against which progress on this Heritage Target will be measured.  Such metrics are referred to as “Indicators.”   The body charged with this task is the UN Statistics Division (UNSD), and its Inter-Agency and Expert Group on the Sustainable Development Goal Indicators (IAEG-SDG).

The IAEG-SDG has completed its work on Indicators for many SDG Targets. Then there is the so-called ‘grey list’ of those Indicators as to which the IAEG-SDG believes additional work and discussion are needed before reaching a final agreement on them.  The Heritage Target is included on this “grey list.”

Only last week the IAEG-SDG announced an open consultation on the proposed SDG Indicators coded ‘grey’ would take place from Wednesday, 9 December to 9 pm EST, Tuesday, 15 December.  The consultation was open to observers (non-IAEG Member States and representatives of regional commissions and regional and international agencies) and other stakeholders (civil society, academia and private sector). You can read more about the consultation here.

The topic of the Target 11.4 Indicator was extensively and usefully discussed at the inaugural meeting of the ICOMOS Cultural Heritage and Sustainable Development Task Force that was hosted by Dr. Jyoti Hosagrahar in connection with the joint Theophil and CIVVIH conference, “Conserving Living Urban Heritage” held in Bangalore, India in November.

As a result, ICOMOS was able to submit the attached comment notwithstanding the ridiculously short period for comment that was afforded.  Even so, the attached comment could not have been finalized within the time allowed without the quick assistance of Mr. Jeff Soule, ICOMOS Focal Point for the World Urban Campaign and Dr. Luigi Fusco Girard (President, International Scientific Committee on the Economics of Conservation.  In addition, tremendously useful technical support was rendered by Dr. Ana Pereira-Roders and Ms. Paloma Guzman Molina, both of Eindhoven University of Technology.

We understand that IUCN, UNESCO and UCLG also made submissions.