Statement by Irina Bokova, Director-General of UNESCO, on the occasion of the Withdrawal by the United States of America from UNESCO 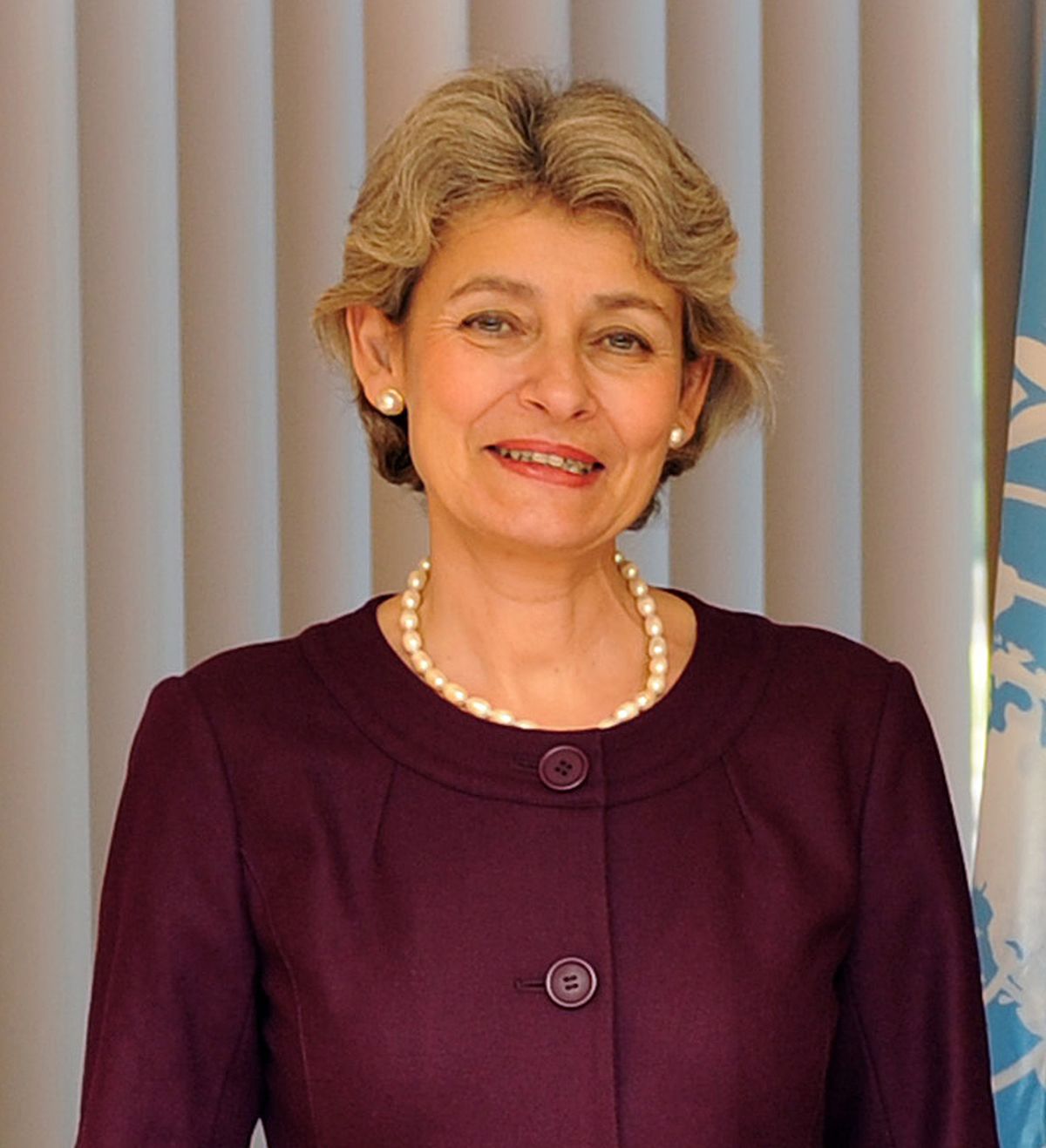 Together, we work with the OSCE to produce new tools for educators against all forms of antisemitism, as we have done to fight anti-Muslim racism in schools.
Together, we launched the Global Partnership for Girls’ and Women’s Education in 2011.
Together, with the American academic community, including 17 UNESCO University Chairs, we have worked to advance literacy, to promote sciences for sustainability, to teach respect for all in schools.
This partnership has been embodied in our interaction with the United States Geological Survey, with the US Army Corps of Engineers, with United States professional societies, to advance research for the sustainable management of water resources, agriculture.
It has been embodied in the celebration of World Press Freedom Day in Washington D.C in 2011, with the National Endowment for Democracy.
It has been embodied in our cooperation with major private sector companies, with Microsoft, Cisco, Procter & Gamble, Intel, to retain girls in school, to nurture technologies for quality learning.
It has been embodied in the promotion of International Jazz Day, including at the White House in 2016, to celebrate human rights and cultural diversity on the basis of tolerance and respect.
It has been embodied in 23 World Heritage sites, reflecting the universal value of the cultural heritage of the United States, in 30 Biosphere Reserves, embodying the country’s vast and rich biodiversity, in 6 Creative Cities, as a source of innovation and job creation.
The partnership between UNESCO and the United States has been deep, because it has drawn on shared values.
The American poet, diplomat and Librarian of Congress, Archibald MacLeish penned the lines that open UNESCO’s 1945 Constitution: “Since wars begin in the minds of men, it is in the minds of men that the defences of peace must be constructed.” This vision has never been more relevant.
The United States helped inspire the 1972 UNESCO World Heritage Convention.
In 2002, one year after the 9/11 terrorist attacks, the late Russell Train, former Head of the US Environmental Protection Agency and founder of the World Wildlife Fund, who did so much to launch the World Heritage Convention, said: “At this time in history, as the fabric of human society seems increasingly under attack by forces that deny the very existence of a shared heritage, forces that strike at the very heart of our sense of community, I am convinced that World Heritage holds out a contrary and positive vision of human society and our human future.”
UNESCO’s work is key to strengthen the bonds of humanity’s common heritage in the face of forces of hatred and division.
The Statue of Liberty is a World Heritage site because it is a defining symbol of the United States of America, and also because of what it says for people across the world.
Independence Hall, where the Declaration of Independence and the Constitution were signed, is a World Heritage site, because its message speaks to policy-makers and activists across the globe.
Yosemite, Yellowstone and the Grand Canyon are World Heritage sites, because they are marvels for everyone, in all countries.
This is not just about World Heritage.
UNESCO in itself holds out this “positive vision of human society.”
At the time when the fight against violent extremism calls for renewed investment in education, in dialogue among cultures to prevent hatred, it is deeply regrettable that the United States should withdraw from the United Nations agency leading these issues.
At the time when conflicts continue to tear apart societies across the world, it is deeply regrettable for the United States to withdraw from the United Nations agency promoting education for peace and protecting culture under attack.
This is why I regret the withdrawal of the United States.
This is a loss to UNESCO.
This is a loss to the United Nations family.
This is a loss for multilateralism.
UNESCO’s task is not over, and we will continue taking it forward, to build a 21st century that is more just, peaceful, equitable, and, for this, UNESCO needs the leadership of all States.
UNESCO will continue to work for the universality of this Organization, for the values we share, for the objectives we hold in common, to strengthen a more effective multilateral order and a more peaceful, more just world.