US/ICOMOS Saddened by the Passing of Fellow Russell V. Keune 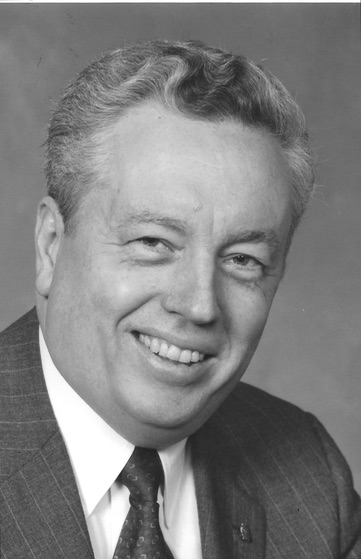 US/ICOMOS is saddened to share the news of the passing of Russell V. Keune, FAIA, F.US/ICOMOS. Russell’s association with US/ICOMOS spanned 50 years. He was a founding member in 1965 and, at the time of his death, was working with US/ICOMOS on a National Park Service funded project to document the international origins of the National Historic Preservation Act of 1966. His passing on December 3 after a short illness occurred only one week before the US/ICOMOS 50th Anniversary Gala on December 10. The night before the Gala, US/ICOMOS Trustees, Fellows and Laureates gathered at a small dinner where a moment silence in Russell’s honor was led by John Fowler, F.US/ICOMOS. Mr. Fowler had served as Chair of the US/ICOMOS Board of Trustees in the 1990s along-side Russell and was one of many in the organization who can bear witness to both his famous sense of humor and his lasting contributions. The Trustees and members of US/ICOMOS extends their deepest sympathies to Russell’s wife of 47-years, Ingrid Christina Keune and to his son Eric and their family.
It was in the mid-1980s that then-US/ICOMOS President Terry Morton recruited Russell to come work for the organization. Ultimately, Russell would served as Vice President for Programs and, over a six year period of service, would amass a record of accomplishments that remains the pride of US/ICOMOS.
Russell’s first major assignment was to plan the programs for the 1987 ICOMOS General Assembly – the one-every-three-years meeting of the World’s heritage experts. The General Assembly, under the theme “Old Cultures in New Worlds,” attracted over 600 preservation leaders from around the world and remains the largest international undertaking ever conducted by US/ICOMOS. Almost thirty years later, its lasting accomplishments include preparation and adoption of the “Charter for the Conservation of Historic Towns and Urban Areas” (Washington Charter 1987).

The 1987 General Assembly was not only the first one held in the United States, it was the first one held outside of Europe. Russell played a key role in helping US/ICOMOS capitalize on the General Assembly’s success. US/ICOMOS published an overview of the United States preservation experience, The American Mosaic, which Russell edited. The United States Information Agency (USIA) helped with funding attendance at the General Assembly from developing countries, which led to US/ICOMOS’s involvement in a series of television programs through the USIA WorldNet television broadcasts featuring the United States preservation experience. Through this USIA collaboration, Russell also helped bring to the US countless international visitors, from historic sites and museum administrators from the Middle East and India to urban planners and architects from Central and South America. US/ICOMOS also held large regional conferences in collaboration with USIA, including one in Hawaii and one in Cairo. Another highlight of Russell’s work with US/ICOMOS was the conduct of the American Express Company’s 1990-1993 Preservation Awards Program for the Caribbean.
Russell also worked closely with Robertson E. Collins, F.US/ICOMOS, on the work of the ICOMOS Cultural Tourism Committee. Through their efforts, a site managers’ handbook entitled Tourism at World Heritage Cultural Sites was published. The Handbook resulted from the Cultural Tourism Theme sessions at the 10th ICOMOS General Assembly and International Symposium, for which Mr. Keune served as Rapporteur for the session.
Russell Keune’s work with US/ICOMOS was but one element of a long and distinguished career in the historic preservation community. From the 1960s through the 1990s, Russell held key positions at the National Park Service, the National Trust for Historic Preservation and the American Institute of Architects, in addition to US/ICOMOS. In recognition of his national and international contributions to historic preservation, Keune was made a Fellow of US/ICOMOS in 1989. He was also is a fellow of The American Institute of Architects.
Asked about his years at US/ICOMOS, Russell once said “It was a terrific experience.” For US/ICOMOS, Russell, the feeling was mutual! More on the rich life of Russell, as well as memorial arrangements, can be found in the obituary from the Washington Post.